Following Lorna's February issue plea 'Where Are You Now?' it is lovely to have heard from two more members of the Youth Club.at that time. Thank you Rachael and Wendy.

For the past 12 years I have been living in Exeter on my own but with support staff to help me. I do several voluntary jobs during the week at a nursing home and two day centres for the elderly. I love chatting to older people! I see my mum every other weekend, she lives in Crediton. I am 43 years old now. I have a boyfriend now: I meet him at two evening clubs I go to.

My sister Becky is married with three sons, in Salisbury. She is 38 years old and a Special Needs Teacher.

Marian Delve gives us news of Dawn, Denise and Julie Copp who were fostered by Gerald and Phyllis Andreis. Gerald worked at Moules Farm and they lived at Castle Cottage.

Denise now lives in care in Cullompton and Dawn in Ilfracombe, as does Julie who has just moved into a 'sheltered' flat near the Tyrell Hospital. She and Rachael are still good friends.

After reading Kevin's contribution to your wonderful Newsletter I thought I would write to you myself.

I remember the Youth Club very well and Sally Richards taking pity on me and taking me under her wing as I was too scared to go by myself.

As some of you already know, I emigrated to Australia in 1981, ten days shy of my 21st birthday. I was terrified and very excited at the same time. On reaching Sydney - there was no international airport in Brisbane back in those days - as we flew over that amazing city I couldn't work out what the blue dots were. As we circled closer to the ground I realized with a gasp of surprise that they were swimming pools and that nearly every back yard had one!

I continued hairdressing for a few years and travelled a lot. Then I started to work in fashion retail. After an accident on a jet ski when I broke my back, I had to give up as I couldn't stand all day and I now work for a fashion agency where we represent national and international designers. It's a great job and I work with a great bunch of girls.

I am married to Ariu and have two step children - Tamara who is 30 and Josh who is 28. Both are married to lovely people and we have a great relationship. Josh and his wife Amy are expecting their first, so we shall be grandparents in October.

We live in an old Queenslander which we love and last year Sue Barrowcliffe [Todd] and Phil Desmond came to stay for a long weekend. It was great to see them and we had a great time catching up as it had been over thirty years since I had seen them. I also stay in touch with most of the gang via face book and still get to hear most of the village news through the newsletter and all of my family who still live there.

We haven't been back since Mum died but will try to get back this Christmas. I love coming home and Ariu loves it too so will look forward to a catch up down at The Globe! 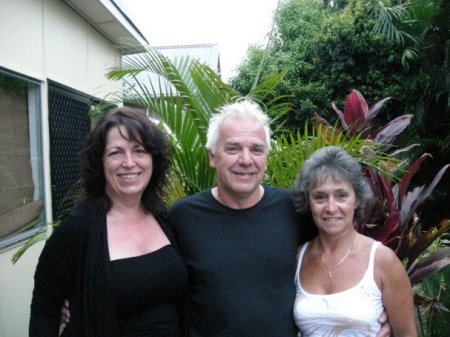 WHERE ARE YOU NOW?

Berrynarbor Youth Club began in the 1970's and was run by Jean Palmano and myself. When the Palmano's left Woodvale, Jimmy Brooks joined me. Many of the members of the Youth Club had been known to Mary Hughes and me in the 1960's when we ran the Play Group

The following list of names are from the Club registers of the 1970's and 80's. If you are or know someone on the list, please get in touch. It would be lovely to have brief details of where you are now, what you are up to and what you have achieved [and that goes for those of you still living in the village or local area too!].

Please make contact via the Newsletter, either to the address at the beginning of this issue, or by e-mail to ed@berrynarbor-news.co.uk. I hope to hear from you.

The Youth Club has re-opened, but the future of the Club depend on the interest shown. It needs a regular attendance of 10 plus members in order to running costs, so the Club's future depends on YOUR attendance. Use it or lose it!

Every Wednesday except the third Wednesday in the month
Membership: £1.00 Weekly Subscription: 50p 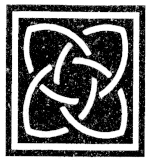 It is hoped that Future Events may include:
A trip to Butlins
Barbecue
Exmoor Camp

Summer gone, autumn here and winter approaching, the future of the Youth Club 'springs' to mind. For 18 months now, Alf [Althea] Broadhead of Bowden Farm and Robin Pickering of Castle Hill, have shared the organisation and supervision load. They've done remarkably well, keeping alive the only regular activity provided specifically for the teenage youth of the village. However, Robin is now finding it hard to generate the time needed, and Alf, though very eager to continue, has her new baby demanding her time and attention. We owe these two young parents a sincere 'thank you' for everything they have done, but the best way of thanking them would be for more adults to come forward to help with the Youth Club NOW! This would relieve the load and ensure that the Club continues, if only once a week, on Wednesday evenings, 6.30 to 9.30 p.m.

It would be appreciated if anyone who is interested or who feels they might be able to help out in some way could leave their name at the Post Office for passing on to Alf, or if you would like to find out more about the Club, please go along to any Wednesday evening [not 16th October], Manor Hall, 6.30 p.m. - the sooner, the better!

This year the Youth Club will be holding a Coffee Morning in the Manor Hall to celebrate the Festive Season with all its village friends, on Saturday, 14th December from 10.30 a.m. onwards. The children will serve coffee and Christmas cake, with no charge, and provide a short Christmas entertainment programme.

Youth Club recommences on 1st October, with lots of support from parents, and with myself as Leader. All local children in the age group 7 to 17 years are welcome. I should like to thank parents who are helping with the Autumn Programme and ask anyone who is willing to help with the Spring Programme to contact me on [0271] 865361.

SUBS 50p PER SESSION - Parents wishing to, may collect younger children at 8.00p.m.

'What a wonderful community spirit the village offers' - that was the feeling following the Youth Club's Christmas Variety Show. So many people helped and the children would like to say a big 'thank you' to the following people:

Thanks to everyone who came and supported the children, I think you'll agree when I say, 'They're a wonderful bunch of kids'.

Our thoughts are with Stuart, Ginny and Katie at this very sad time.

Our programme for this Autumn has been a busy one with a lot more still to come. We have been to Club Ruda "Cascades"; a fun evening at "The Log Inn", Watermouth; Ilfracombe Swimming Baths and a Fancy Dress Hallowe'en Party [it poured with rain for trick or treating!!], plus the normal Youth Club nights.

We had a very successful Jumble Sale on 6th October [together with the Playgroup] and we should like to thank all the mums who helped and gave jumble. A big 'thank you' to Pam and Alex Parke who had a good old sort out when they moved and gave us bags of jumble and bric-a-brac.

Youth Club are putting on their Variety Show on Thursday, 20th December, at 7.30 p.m. in the Manor Hall and we hope, as in previous years, that you will come along and support the children who put a lot of hard work into their Show - don't forget - THURSDAY, 20TH DECEMBER, 7.30 p.m.

After a very successful Coffee Morning at Easter, the Youth Club has been able to purchase games equipment to the value of £90 - thanks to everyone who supported it and to the effort that everyone put into making the bonnets - over 40 in all which made the judging very difficult. Thank you Helen Armstead.

While on the subject of thanks, we should very much like to thank Lynne and Phil [The Globe], who kindly donated £45 with which we have bought a basketball set.

We had a trip to Cascades at Croyde, which was enjoyed by everyone and also a lovely evening at The Globe when a lot of parents joined us. Youth Club has now finished until the Autumn, when we hope to start rehearsing for our Christmas Variety Show.

Congratulations to Berry Youth Club for entertaining us so well on the 19th December. What a pleasure to see so many children [and helpers] together enjoying themselves and giving us all so much enjoyment. I wonder how many other small villages have over 40 young people who get together regularly and can produce by themselves a lovely, entertaining evening. I hope we shall see more of them.

All proceeds went to the Ethiopian Appeal and the only thing that marred the evening, for me, was that it was not always easy to see due to the lack of a proper stage. Perhaps this is something that might be worth working for?

Thank you Ann [Davis] and colleagues for all the very hard work involved in organising our Youth Club, and special thanks for the very entertaining Christmas Variety Show, which was enjoyed by one and all.

Berrynarbor Youth Club - in all 39,
Lucky for us the night was fine,
Dressed up as spooks, warlocks and witches,
We had a great time without any hitches.
To those we called on thanks for the treat,
To those we missed - there'll be a repeat!

LOOK OUT NEXT YEAR

If you came to the Variety Show earlier this year, you will have seen what a talented bunch of children we have in our village.

These children have decided to put on a similar show for Christmas and we hope you will all support them once again. Admission will be: Adults £l, Children 50p, Tickets will include a glass of punch, tea or coffee and mince pie and a ticket for the raffle.

This show is not a profit-making event - we hope to make it a pleasurable and memorable evening for ALL.

We are a highly popular Youth Club, meeting fortnightly on Tuesday evenings from 6.30 to

At present we have a total of 40 members and our activities include table tennis, Uni-hoc, various table games, creative activities - e.g. drawing, music centre and games. The cost per person is 35p per evening and includes crisps and a drink.

During last year, the members organised a

Variety Show which was hugely successful and attended by a large number of 'locals'. With the proceeds we went to Club Ruda in the 'Cascades' Swimming Pool, where a wonderful time was had by all - helpers included!!

Members are involved in the 'Best Kept Village' competition and their contribution has been the planting of a small garden and provision of a bird table betwixt the Manor Hall and the Park, and they regularly pick up litter throughout the village.

At the end of the season we had a 'Break Up' party and all dressed up in fancy dress and took food along to the meeting.

We received a grant of £160 from the Devon County Youth Club Association and this was put towards a new table tennis table.

Our helpers are Ann Davies, Mary-Jane Newell and Linda Denzey